Online Testimonials from Our Families

My family and I wanted to express how grateful we are that you made the passing of our father Tom Roeling easier for us. The night he passed you cam quickly and walked us through how he would be transferred in to your care and you did very much take care of him. You and your staff did a fantastic job of presenting our father in a very dignified way and stayed true to who he was.

We were so happy when you allowed us to bring his Harley motorcycle into the funeral home. He was so happy I am sure. He may not have been able ride it but it was by his side. You cannot know how much that meant to us that you were able to have it there with dad. Than You. Your entire staff was so helpful and professional and kind to all of the quests and family. We wanted for nothing while we planned for the service and during the services.

Again thank you for all of your help in our time of sorrow. Thank you for everything you do and did.

We are always interested in hearing from the families that we serve.  Please take a moment to let us know how well we served you in your time of need. We very much appreciate your feedback.

When it comes to cooking up good will in the Stateline Area, Brian Mark is an expert. Does thinking of Beloit’s RibFest make your mouth water? If so, you have Brian to thank. He helped start the annual fundraising cook-off some eight years ago after he and his family made Beloit their new home. A Chicago native, Brian and his family moved here from Appleton, Wis.

It was his Chicago background that inspired the Beloit efforts since he, friends and family enjoyed the Mike Royko Ribfest in Grant Park.

“I loved Beloit, but I learned there was no Ribfest here,” he recalled.

Thanks to their efforts, roughly 800 people attend RibFest each year.

“At RibFest the contestants cook up ribs and sauces, and we sell the product to the general public,” Brian explained.

Held yearly at the Rock Bar and Grill, 101 Maple Ave, on the bank of the Rock River, RibFest draws many participants, ranging from local companies and organizations to the volunteers who cook up a storm and judge the event.

“We engage nine people as judges for the ribs and nine for the sauces, and we love new volunteers from the community,” he said.

The judges are not cooking show hosts. They are amateur judges with connections to Beloit, and past judges include at least two city managers. Other volunteers pitch in to help in other capacities.

Brian said he believes strongly in contributing to the area.

“My wife and I have been giving forward all our lives.”

Brian’s brother Mike competes in RibFest and has won several trophies which sit proudly on display in the children’s playroom at the Brian Mark Funeral Home in Beloit, located at 1000 Inman Parkway. Brian owns a second funeral home location on Milwaukee Road in Clinton.

Brian was born in St. Louis, Missouri the third child of five to the late Norman L. and Dolores M. (Drutowski) Mark. He was raised in Lake Zurich, Illinois with strong family values he says guide his life today.

“I believe in building on a momentum of good will and making wherever I’m living a better place. In my line of work, I have the privilege of listening to clergy regularly, and they often encourage people to give forward and share of their time.”

He brings his love of people to his professional life when he assists families in making heartfelt decisions to honor their loved ones.

“I am committed to helping everyone who walks through our doors, no matter what their circumstances may be,” he said. “I have dedicated my life to the needs of families and their loved ones.” Away from work, Brian enjoys time with his own family and friends – usually on or around water.

His professional affiliations include memberships in Wisconsin, Illinois and National funeral directors associations. His advice for people considering volunteering comes in the form of a question. “Why not make our community a better place?”

He said that volunteering includes simple acts of kindness such as helping someone cross a street or buying a hamburger for someone who is struggling. He believes in being a good person.

“When I’m kind to you, you’re kind to someone else.”

Brian said he loves Beloit and is honored to serve the region.

“Diane and my kids love the city and the area. I am very proud of my active role in raising our three children, and happy to include the companionship of our family’s pet terrier Chip into many activities,” he said. 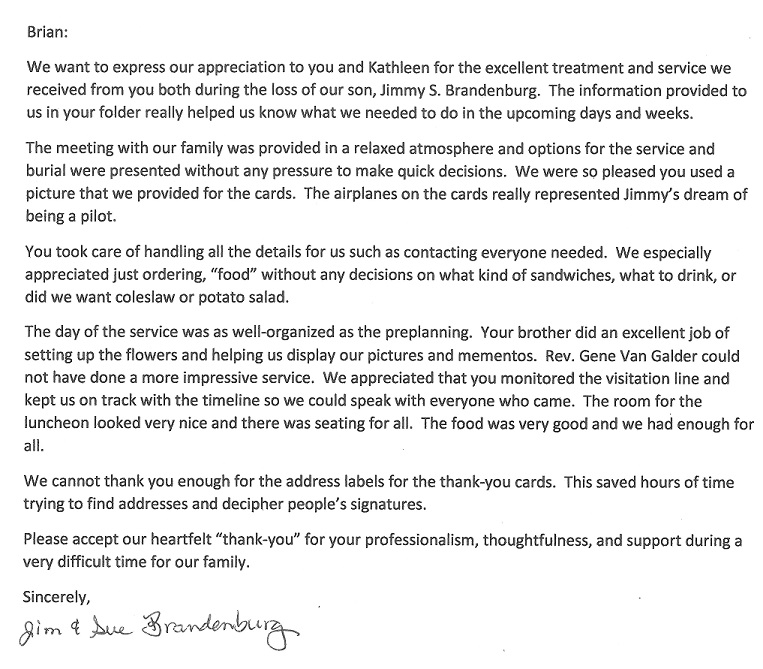 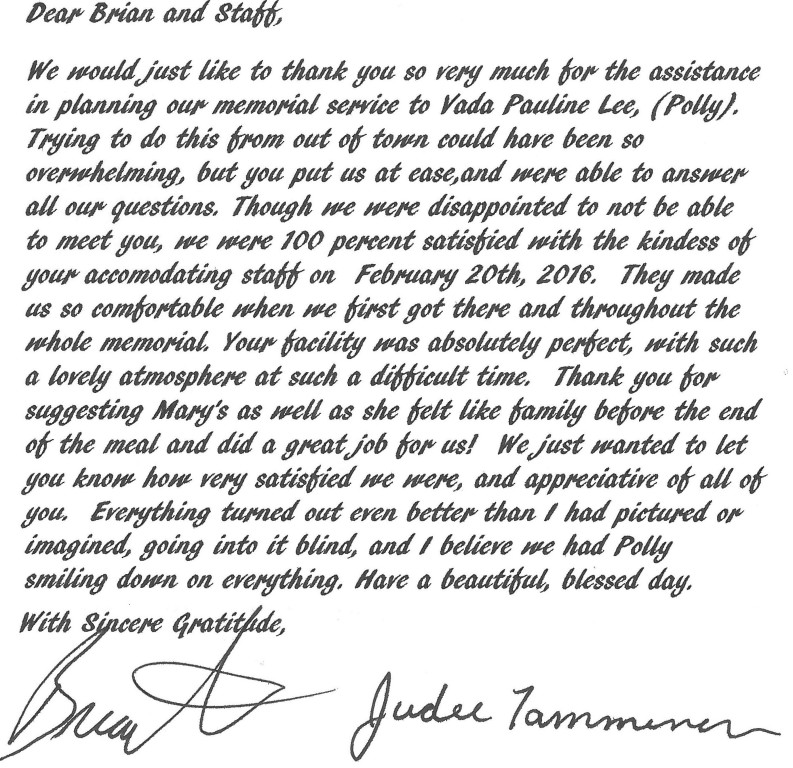 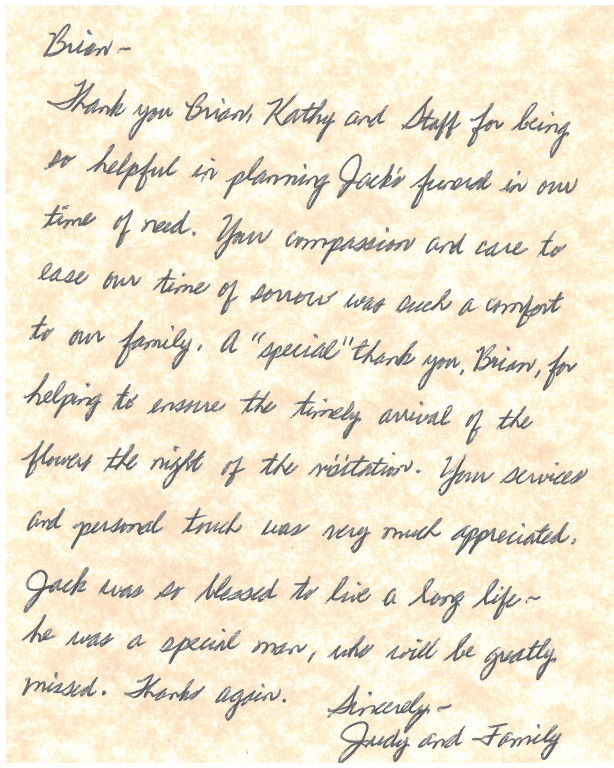 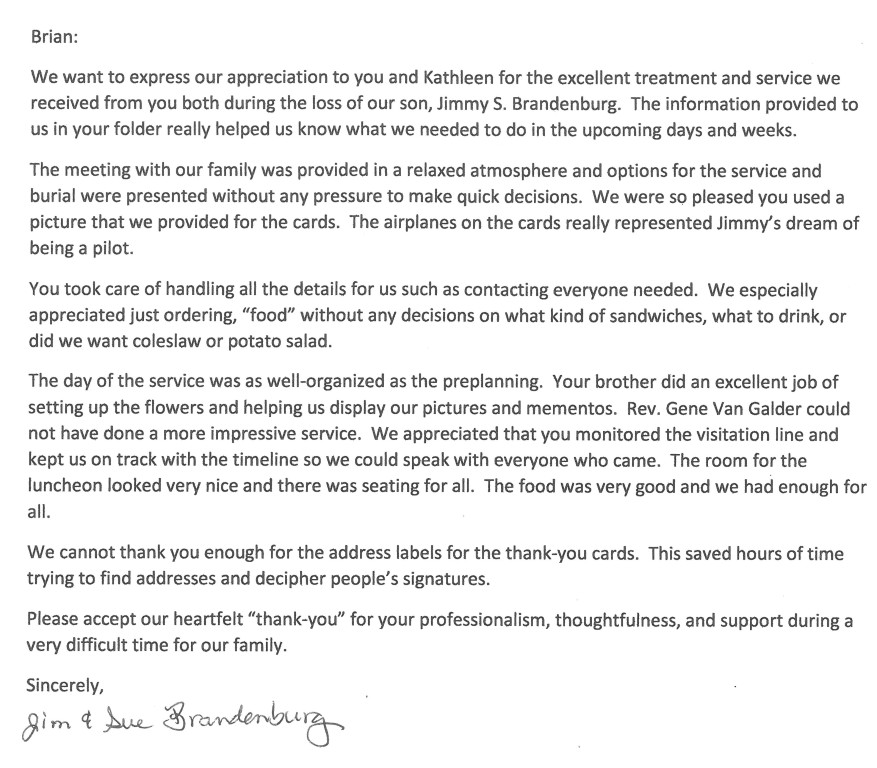 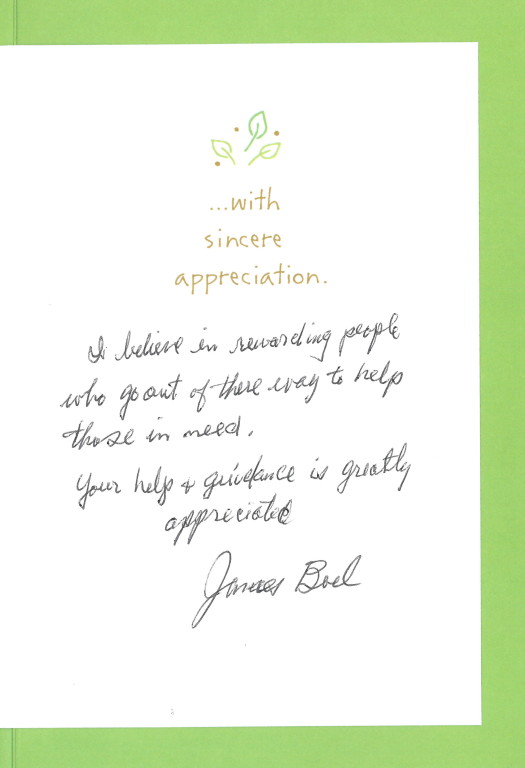 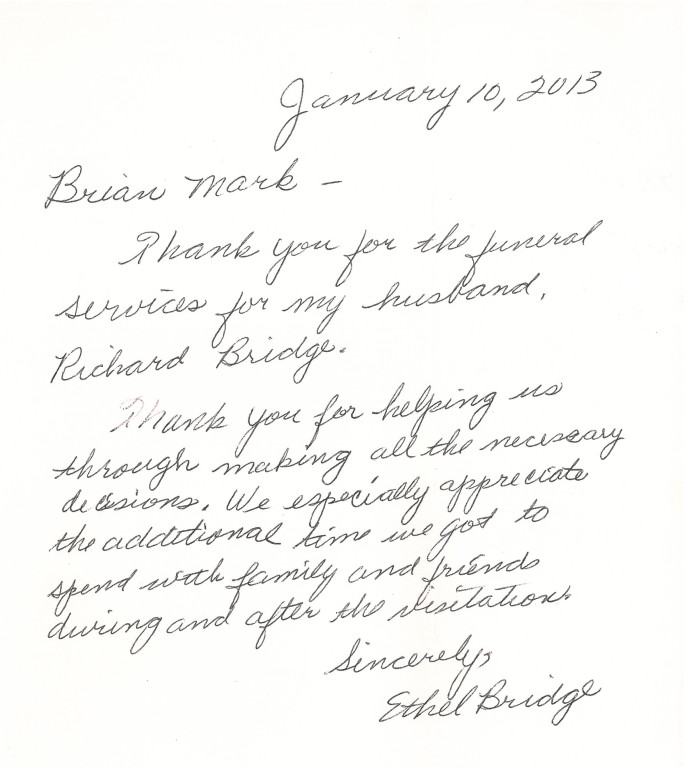 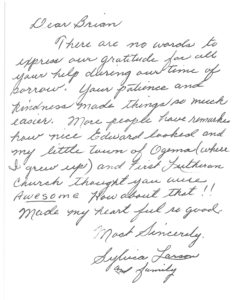 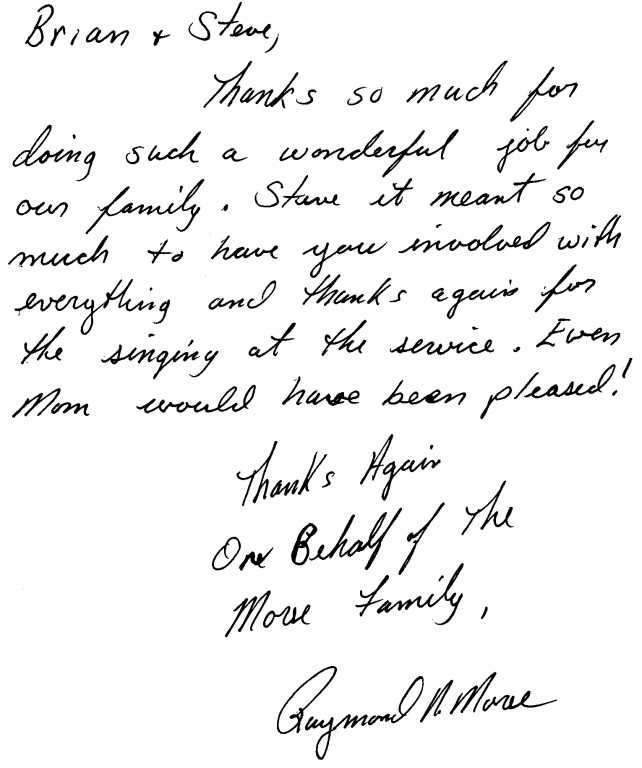 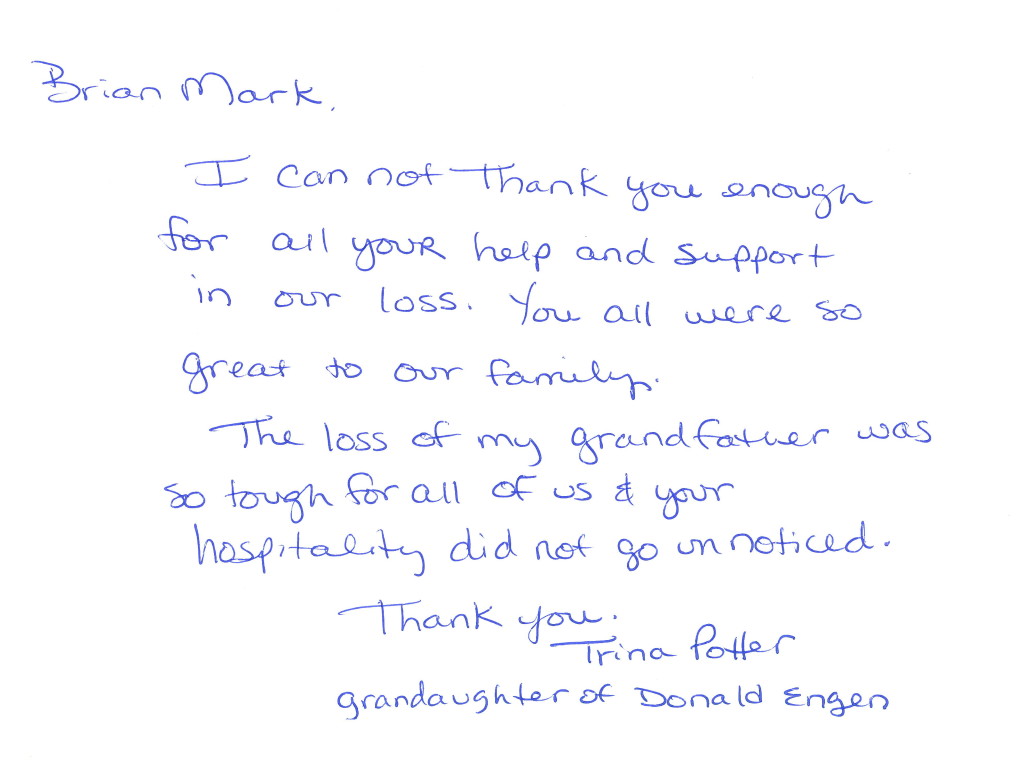 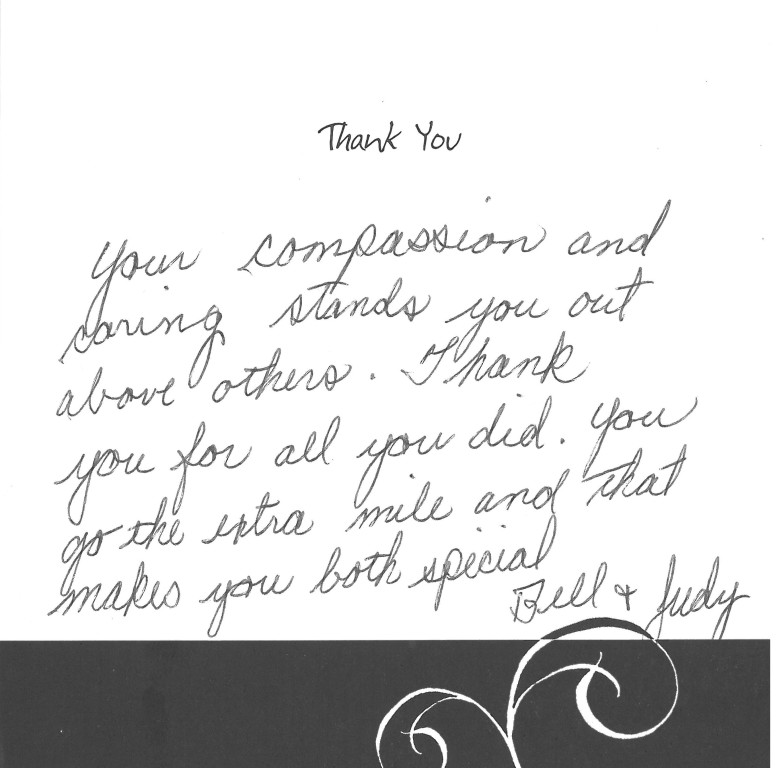 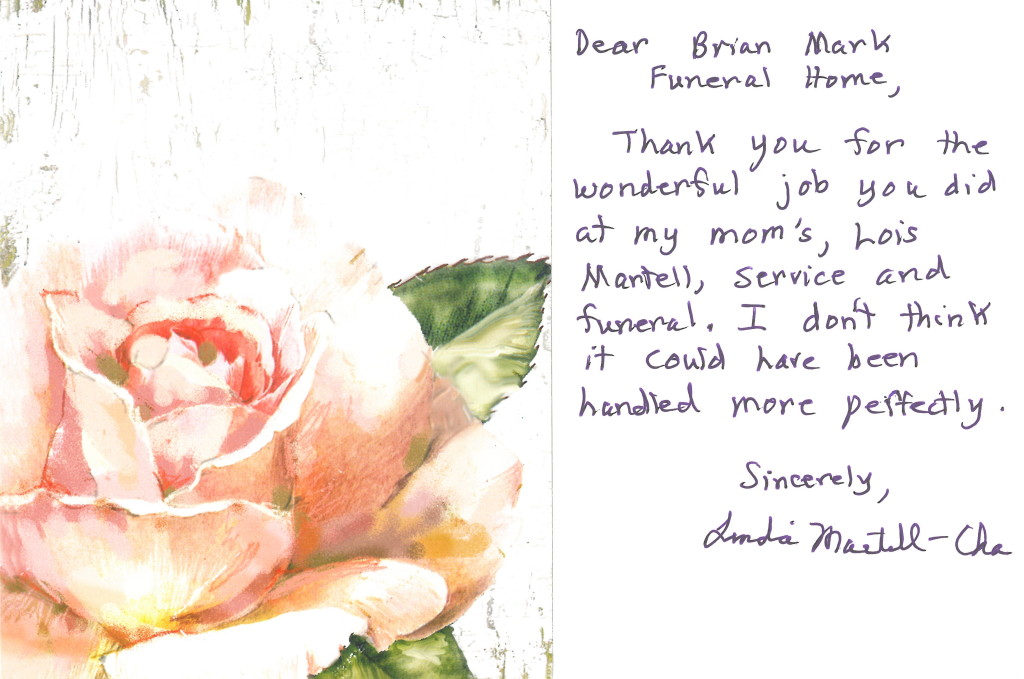 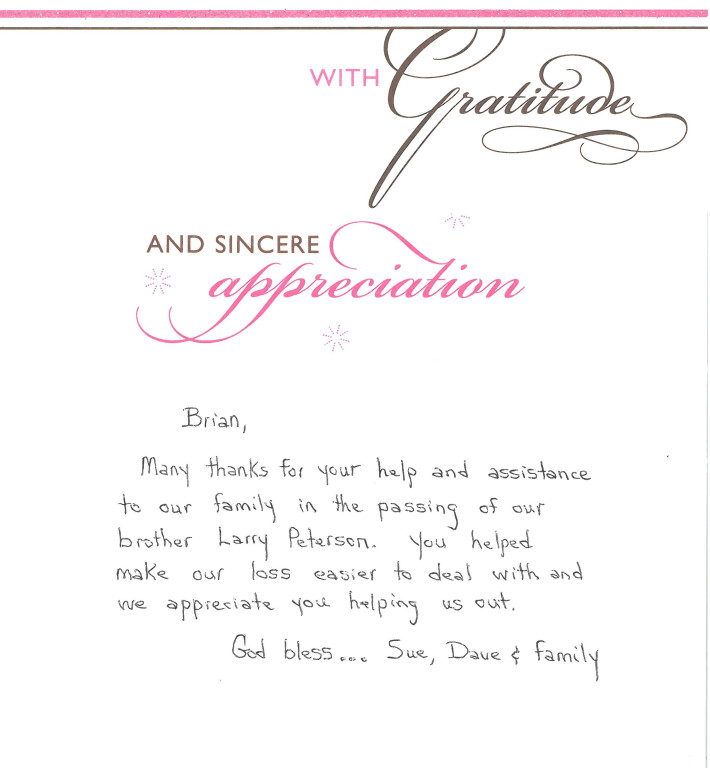 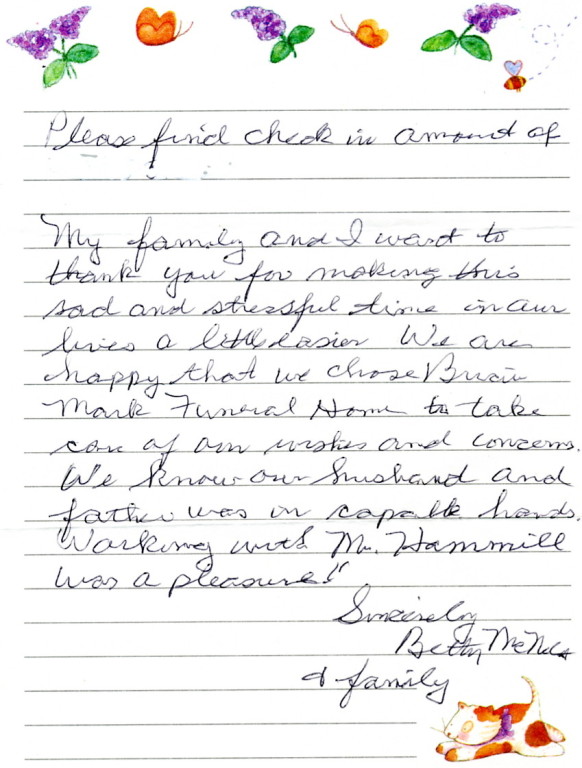 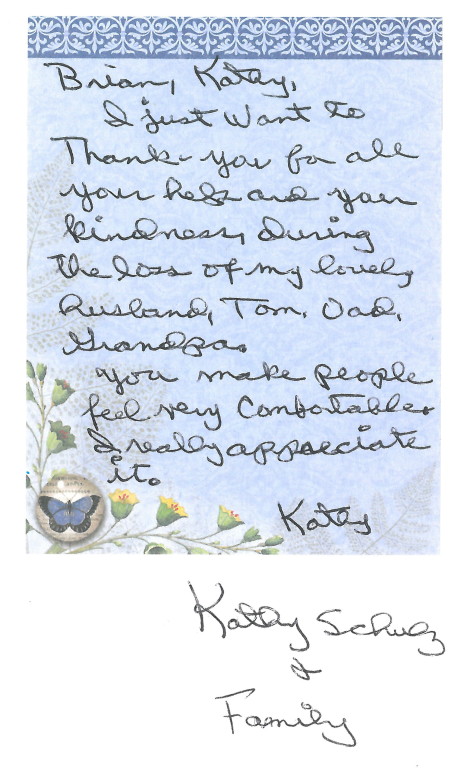 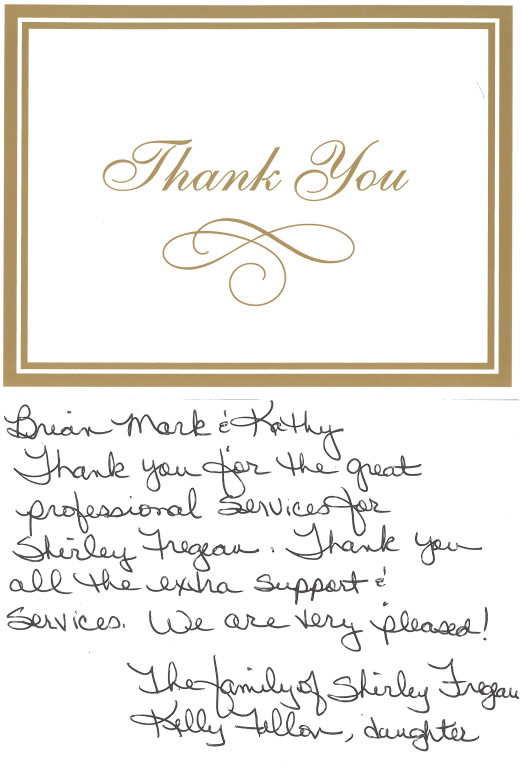 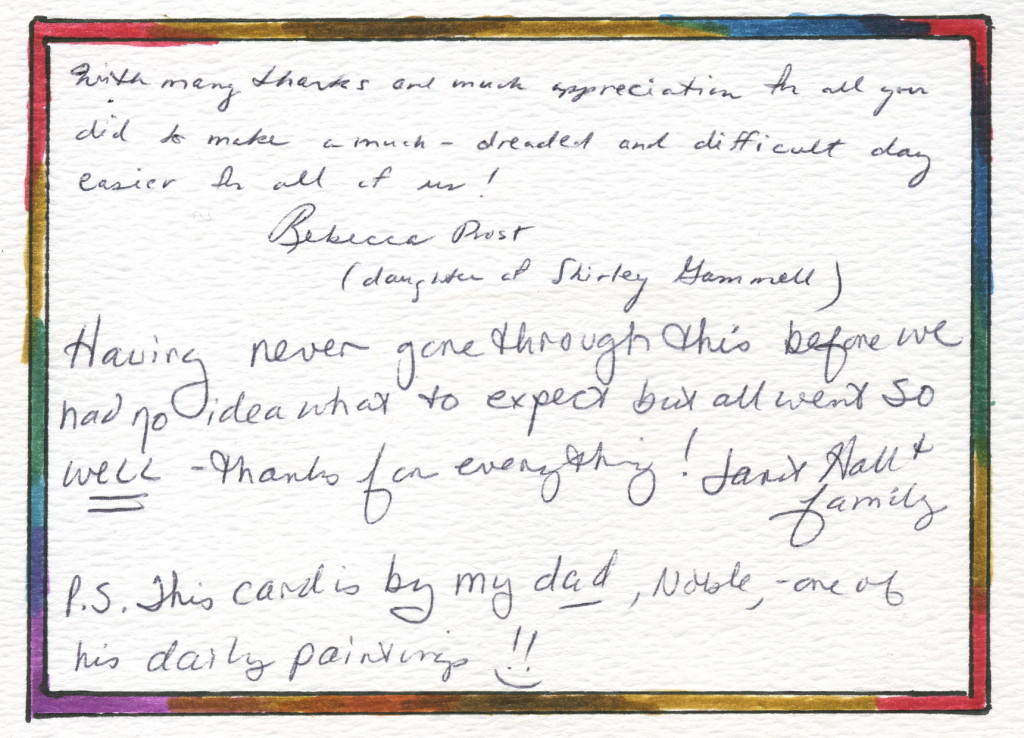 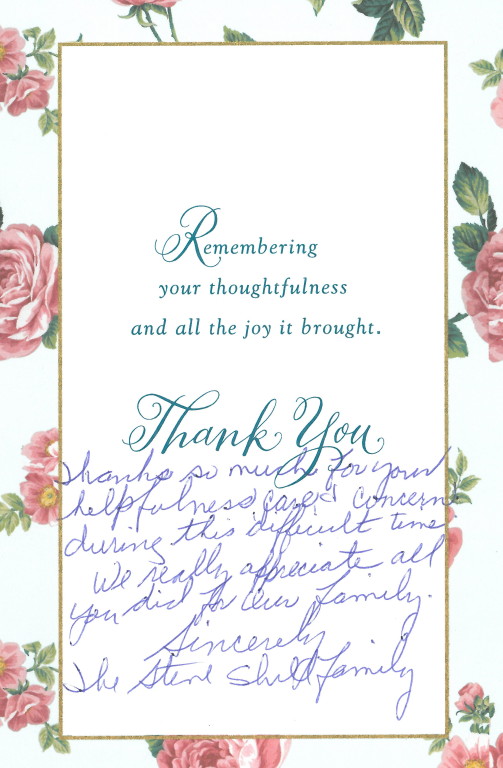 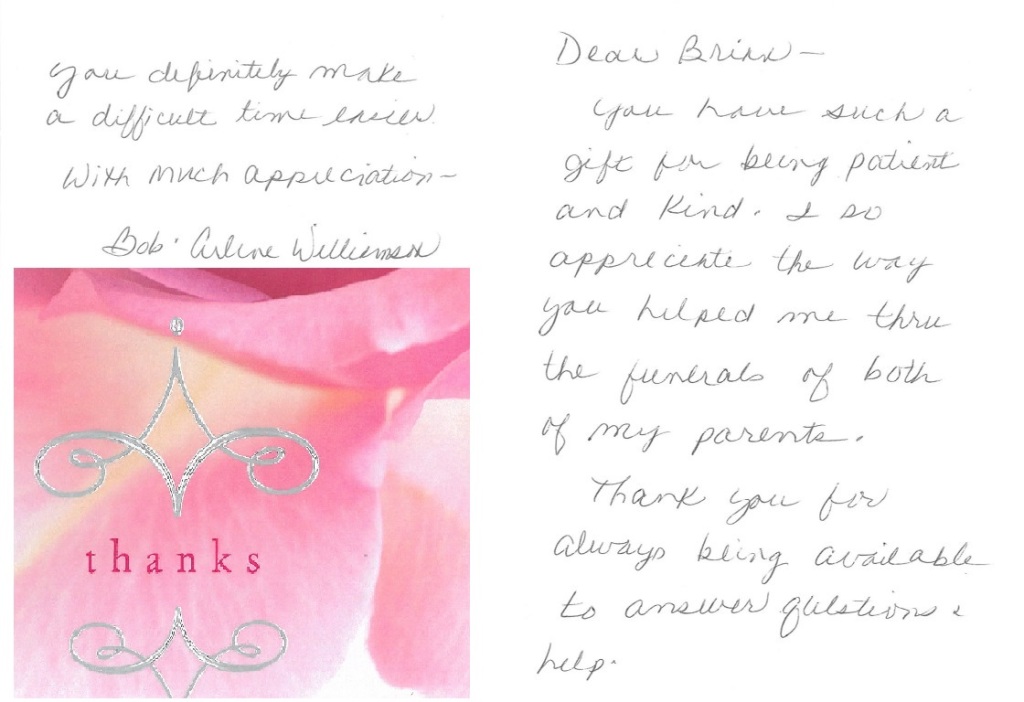 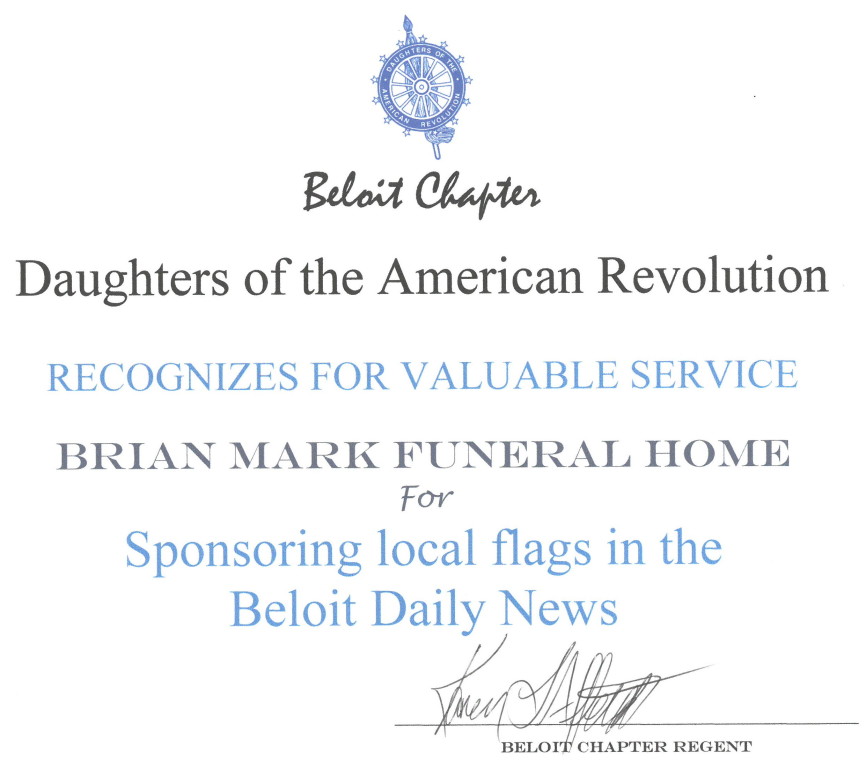 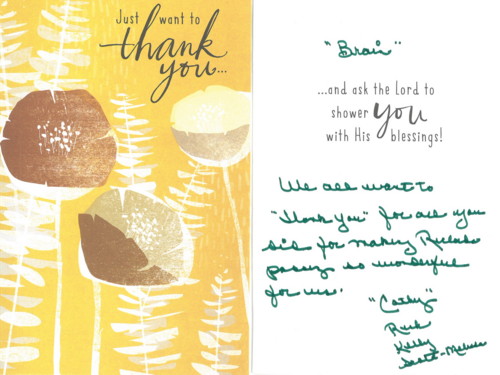 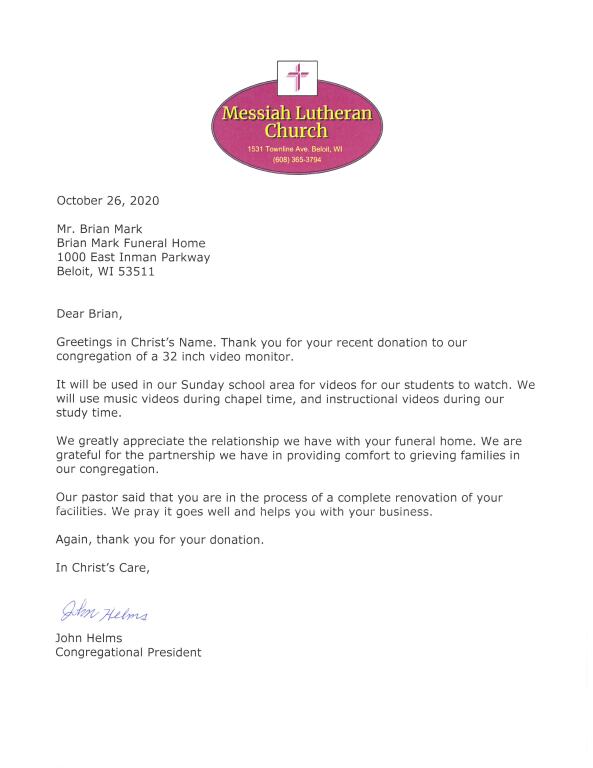 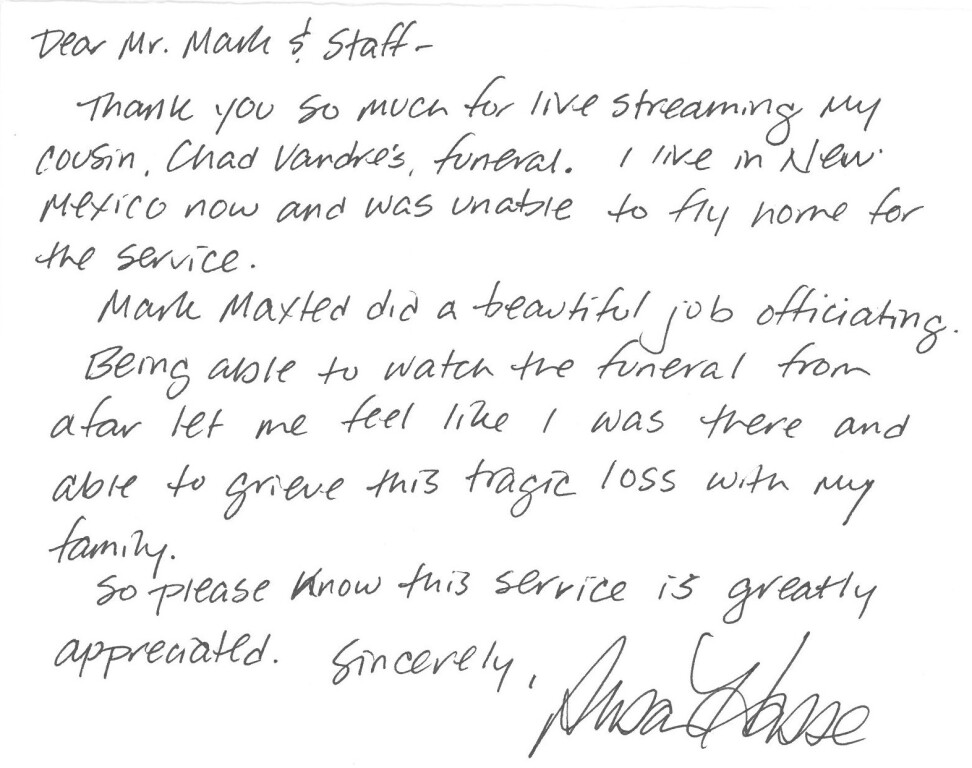